We are witnesses to a global surge of authoritarianism. Several factors coincide and reinforce one-another: an emerging crisis driven tendency to economic monopolization worsened by struggles for extra-profits on the world-market; trade wars and new military conflicts looming in the midst of an economic drive towards protectionism and unilateralism; economic ruptures further deteriorating the crisis of liberalism and its values in turn depreciating parliamentary democracies; and emerging hybrid autocratic and dictatorial forms of government. The global pandemic seems to reinforce superstitious ideologies. Anti-feminism, antisemitism and racism are equally on the rise, as are esoteric, ethnic nationalist and religious fundamentalist movements.

Simultaneously, there seems to be an increased awareness for and interest in what has come to be known as Critical Theory. This form of theory and critique of capitalist totality has proven to be essential in comprehending enlightenment’s tendency of regressing into mythology. Critical Theorists have brought forward concepts for understanding crises and developments of the 20th century and the singularity of national socialist barbarism of the Holocaust in particular. They focused their critique of society on gendered forms of modern economic domination and their pathic projective modes of coping expressed in Antisemitism. But we should resist simple applications of their concepts to contemporary phenomena. Instead, the analytical potential of a negative-dialectical approach to society must repeatedly prove itself through the immanent critique of society and its antagonisms.

This small international online conference aims at bringing together scholars in humanities that situate themselves in the context of Critical Theory, understood here as the specific development undergone by thought inspired by dialectical materialism within the collective intellectual undertaking inaugurated by Max Horkheimer in the 1930s at the Frankfurt Institute for Social Research. We want to make space to entangle empirical analysis with theoretical reflection, particularly in the fields researching the political, economic, judicial, social and psychological tendencies emerging in contemporary capitalism (especially since the economic crisis of 2008). We want to put capitalist totality into focus through contemplation of the specific. We aim to let the contributions dance so they might better communicate and enrich one-another. We would especially like to encourage contributions that are oriented towards an inter- or transnational perspective.

Possible topics could be:

Please submit your proposals with a short abstract of about 1.200 characters to contact@current-constellations.org. The proposal shouldn’t exceed 1.000 words. The deadline is 15.07.2022. Please don’t hesitate to submit a proposal, even if you aren’t absolutely comfortable with writing and speaking in English. 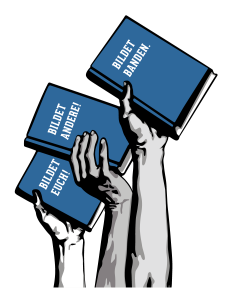